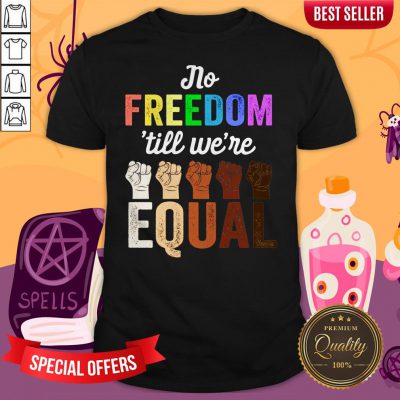 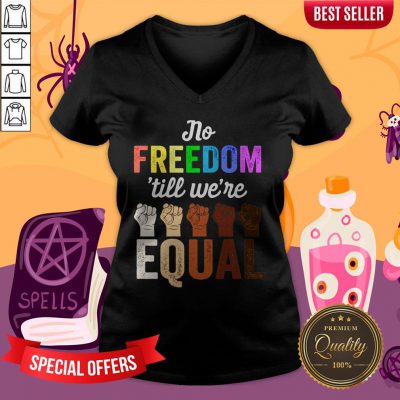 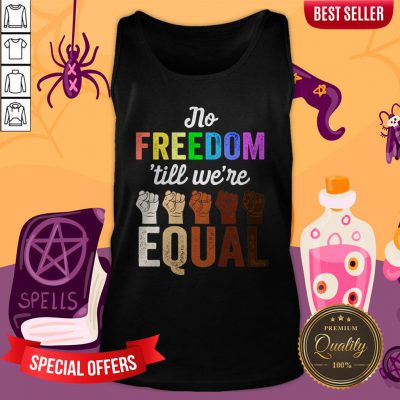 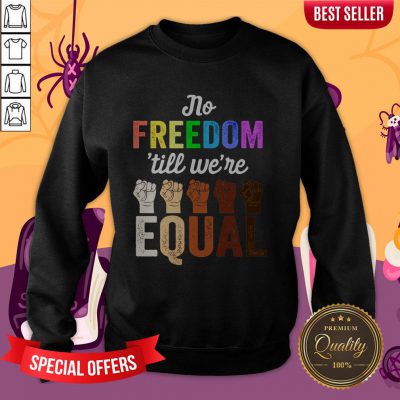 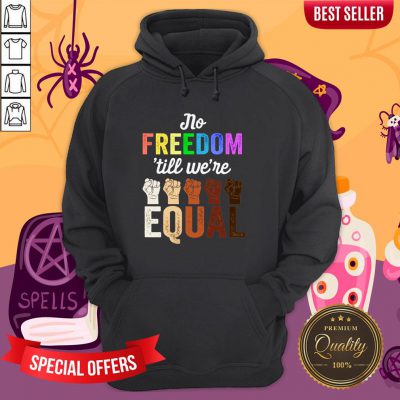 I was born in 88. I was curious about my dad’s LGBT Black Pride No Freedom Till We’Re Equal Shirt and granddad’s beer can all the time. This is the most vivid memory of toddler childhood I have. My dad relented and in his memory said “okay but it’s gross!” And I got a big swig of bitter bullshit. Grandad did the same thing. Didn’t touch alcohol until I was 26 and enlisted. I think it was my 19th year I ended with a serious drinking problem getting blitzed on wine with the Germans, that Greek guy, and the Brits on the 2nd-floor patio in a spook school south of Rome during the cold war. I’m from 65.

My dad tricked me into drinking beer when I was a child and I hate him for it. He told me it was apple juice and when I almost choked on it and spat it out the LGBT Black Pride No Freedom Till We’Re Equal Shirt laughed and laughed. I can still remember the taste and the sound of his laughter with his buddies and his whole generation. Think they’re coddled? Who coddled them? Entitled/lazy? Why don’t the people who feel this way question those raised them to be this way? My mother posts shit like this all the time. It’s honestly ridiculous. Like, okay, Mom, I get that you’re proud of being part of a generation that was “perfect,” but can you maybe recognize that not everything after 1967 was perfect?

Other Product: Joker I Believe Whatever Doesn’t Kill You Simply Makes You Stranger Shirt